How to pick up girls, with your boat! 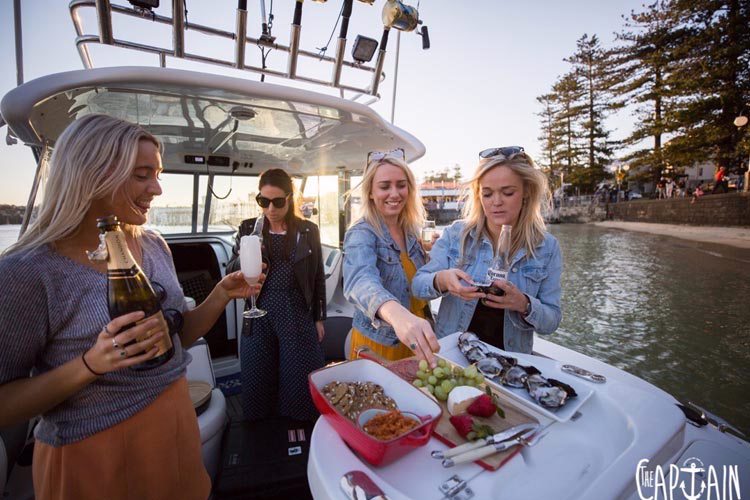 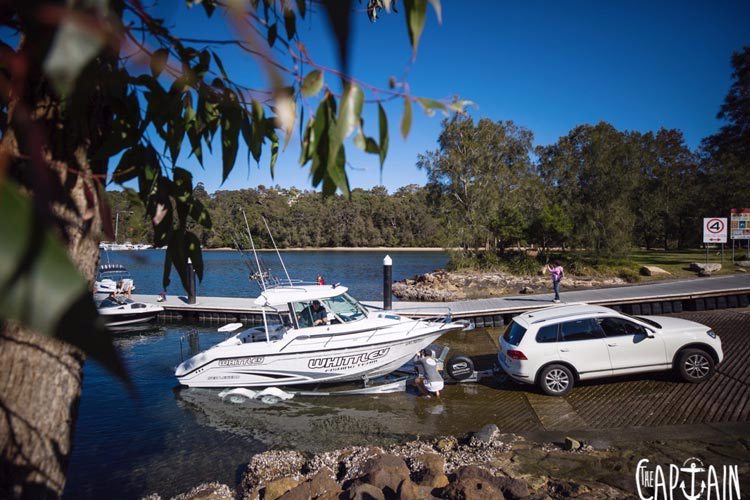 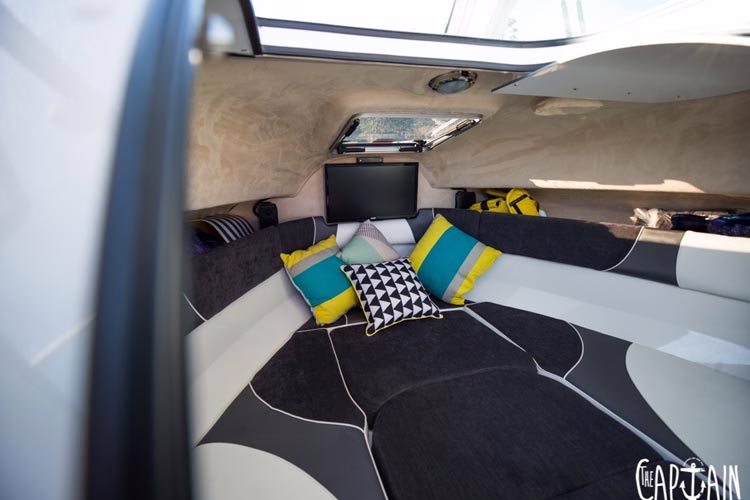 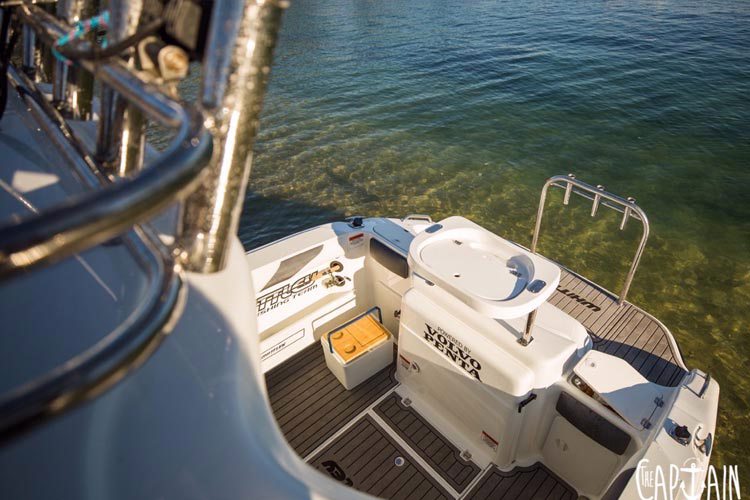 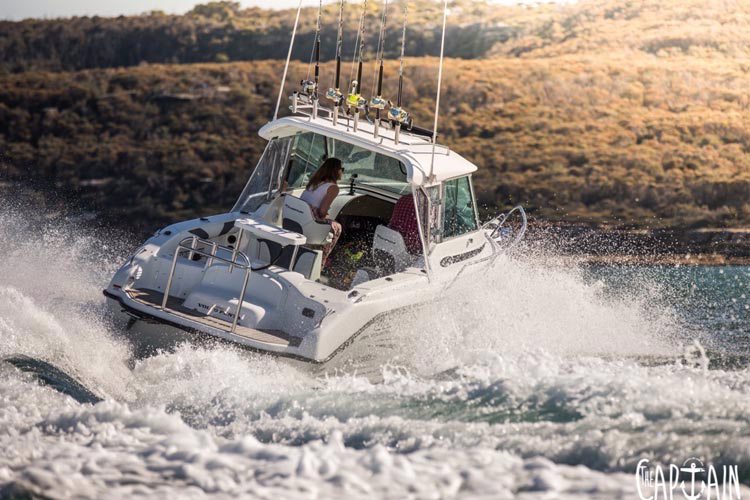 Just how much sex appeal do boats have? We laid down the challenge to Jack Murphy, recently single and ready to mingle. With nothing more than his bristling beard, a cup of charm and a Whittley SL25 hard top, We set him loose among a flock of amorous young females. It’s been a while since Jack has pressed the flesh, So we threw the odds in his favor with some oysters and champagne. Just don’t tell the ladies it was from Aldi!

Picking up women can be a long and drawn-out process, not dissimilar to the mating ritual of the male bowerbird. He uses brightly coloured feathers and perfectly choreographed dance moves. Then he constructs a bower, which is essentially an extravagant love nest with walls and sometimes a roof. The female inspects his handiwork and, if it’s up to scratch, the bower boogie begins. The human mating ritual is surprisingly similar – except we have one of Mother Nature’s finest inventions to hasten the process: Tinder. But still, you need to look presentable, be able to string a few sentences or dance moves together and show off your best qualities. But what if you could bypass the entire process with nothing more than a sexy boat? I thought I’d put it to the test with a Whittley SL25 HT.

The location for my “scientific test” is Manly on Sydney’s Northern Beaches. There’s a beach that runs alongside a grassy strip where girls sip cider and champagne before making their way to the local watering holes. It’s where I decided to parade the Whittley before disembarking and making my approach. Timing is critical: It’s Sunday afternoon and the bubbles are having their desired effect. The afternoon sun bathes the grassy area where girls in short skirts and wide glasses socialise. It’s time to make my move…

Selecting the right boat is critical. A Cootacraft doesn’t have enough seats and an Edencraft Formula would be impossible for the ladies to board from the beach. On the other hand, a Jenneau would be a credibility killer among any rum-loving Captain fans who happened upon us. So I choose a Whittley SL25. It’s the perfect vessel for run-and-gun fishing missions with mates, but also for rum-and-fun party missions with the ladies. On previous trips in the SL, we’ve noted, “the SL is all business downstairs and party upstairs”. Time to put this bower boat to the test.

The ladies, peering behind their Ray-Bans from the lawn no doubt appreciate the long sweeping lines flowing over the glass-enclosed Whittley hardtop. Wait until they see inside. There’s comfortable seating for four with a slide-out Waeco fridge within arm’s length.

Inside the love den it gets even more comfortable with a fully lined cabin and TV. There’s a DVD player with movies like The Notebook and Love Actually should I need to enhance the mood. Thoughtfully, I had removed Titanic for this romantic raiding party. There’s also a porta-potty to ensure no early exits from the ladies. To top it off, the SL25 has champagne storage aplenty with a 30L live well and 200L kill tank.

The great thing about the SL25 is that it also gets an approving nod from beer-slurping blokes. In fact, it screams weekends away with mates trolling in 3m seas. The sharp entry and 23-degree deadrise cuts a fine path through the water, pushed along by a sweet-sounding 4.3L 240HP V6 Volvo stern-drive. Up top there’s a shiny stainless rocket launcher that most blokes would recognise as a rod holder for half a dozen Tiagras. However, it will transpire the girls think it’s an elaborate display of attention-grabbing bling.

Everything is prepared. Oysters, cheese, salami and grapes sit on platters atop the bait-board. There is champagne and Coronas on ice in the live well and a booty of Captain Morgan cans chilling in the slide-out fridge.

I drop anchor with the electric winch and reverse the bum of the Whittley neatly towards the sand. I can feel the glares as I nudge the stern up to the beach before stepping off the swim platform. I swagger up to a gaggle of blondes and brunettes. I’m well outnumbered, but hoping they’ll feel more confident and be more willing to engage in my cheesy survey. Also, with luck I’ll be spoiled for choice. I’ve got my eye on the tallest blonde in the group. “Maybe all of them would be an option,” the devil inside my head whispers…

“Hey ladies, I’m doing a survey on what women want in a boat? Would you like to be involved?” I spurt.

“OK, well I’m pretty sure my hardtopped 25ft Whittley over there fits the bill. How would you like to come for a ride?” I enquire.

“For sure!” they bounce back. It works! The bowerbirds would be proud of me. I’ve secured a three-way hook-up and didn’t even need to switch-bait them with champagne.

I escort each of the girls aboard. They take off shoes, hitch up skirts and step onto thmye marlin board without a drop of wet above the knees. I make small talk about my impressive rod rack as we nibble cheese and sip cheap champagne, then ask the ladies if they’d like to go for a spin, explaining that we’ll be thrust along by 240 white stallions with a set of seductive duo-props.

Some of the ladies look impressed; one just rolls her eyes, fortunately not the tallest blonde. We launch onto the plane instantly, even with the fillies clustered at the rear of the cockpit. I can feel the anticipation lifting – and no, that’s not a euphemism – so I head for the swells at North Head. As I eye the next set, I hear screaming behind me. They’re either loving it or hating it.

Regardless, I’m having too much fun on the wheel to slow down. The props grip hard and the hull sits low in the water as I bank around for the next run at the swell. I get the hull out of the water several times, but the girls never leave the rear transom, the 90kmph speeds doing little for their neatly ironed hair.

Returning to harbor, I ask the girls about ride and handling, getting a full six Revlon nail polish-covered thumbs up. Time for the second part of the survey: the cabin. I invite them into the plush love den. Surprisingly, there’s room for all four of us. Damn, I was hoping for something a bit cosier. I close the cabin door and quiz the girls with a few token questions from the boating survey. But my cover is blown. Clearly I’m using a boat to pick up girls – and it works!

The girls polish off the champagne and down my Captain Morgan then I drop them back at the beach with a solid score of 3.3.0. Now it’s time to put a tag in. I ask the tallest blonde, Karen, if she’d like an extended tour in the Whittley some time. After all I had 240L to burn.

She smiles and gives me her number. Back on board, I give the Whittley an approving pat. She’d done her job like a champion. Yes, boats can pick up girls. Mission accomplished.