The Whittley SL22 isn’t usually considered an offshore weapon, but if it dumped the rear-facing seats and glassed a wave-breaker on, it damn well would be. 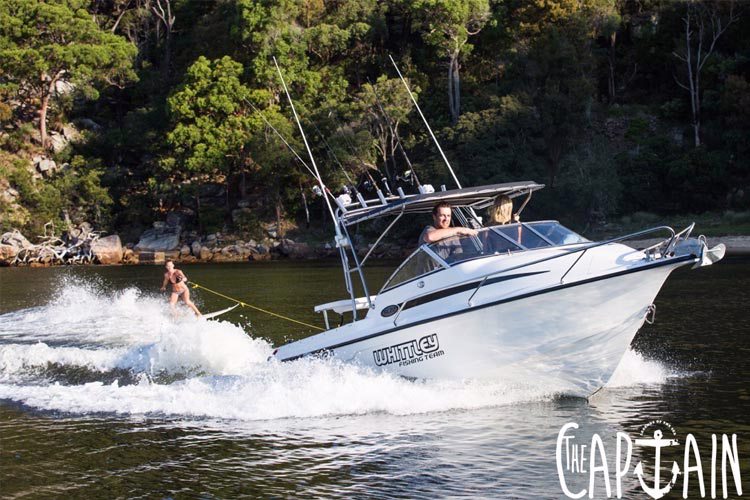 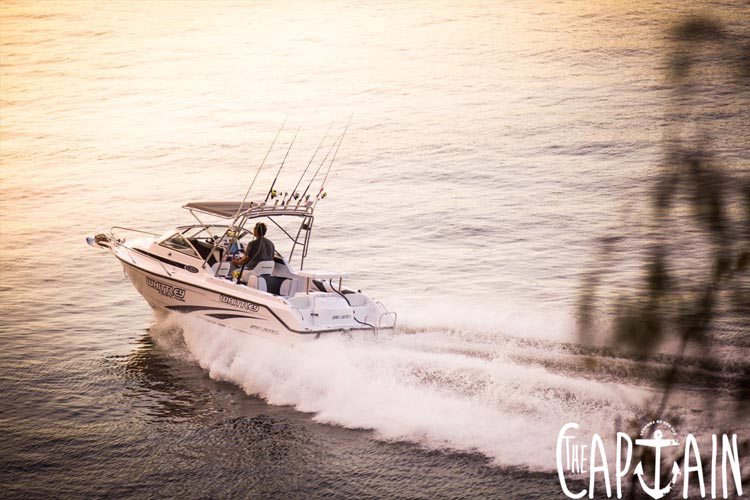 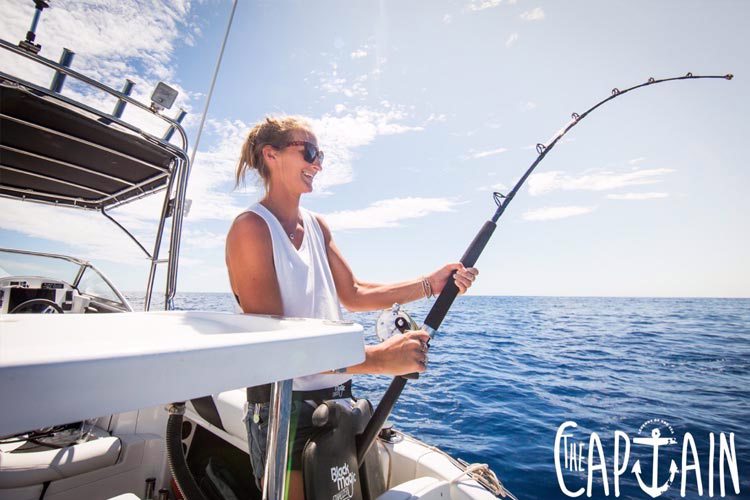 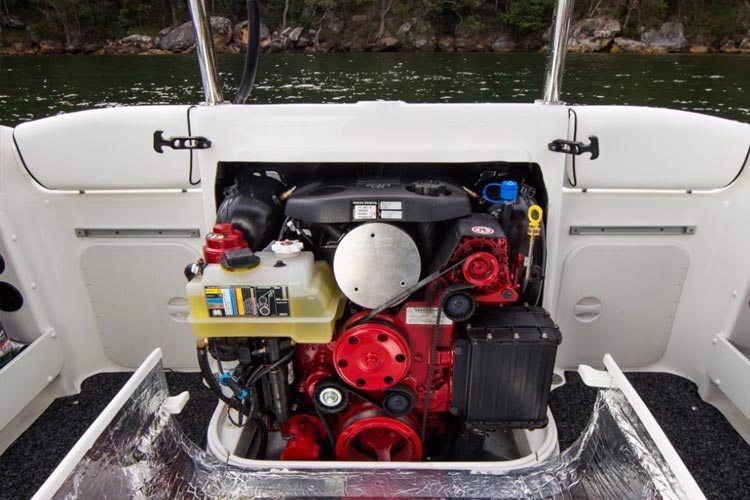 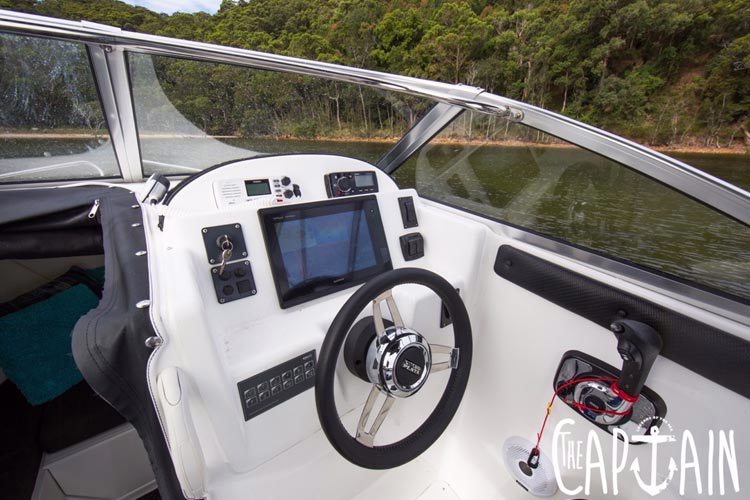 Alan Whittley, heir to the Whittley throne, rang and told us he had a Whittley ready for a fishing adventure. We started scribbling down a checklist of things to pack. It included a scrabble board, trusty Thermos, woollen jumper (with holes) and floppy ‘glass bream rods for a lazy mooch around the river. Surely we’d be nuzzling into a riverbank and sliding sandworms onto long-shanked hooks, right? Isn’t that the done thing on a Whittley?

Not according to Alan. He reckoned we should pack our big-dog lures, blow-up ski tubes and polka-dotted bikinis.

“Alan, have you just bought the Donzi moulds?” we enquired.

“No boys, the new Whittley Sea Legend 22 has just slipped out of the factory and needs breaking in”.

“It’s a sportscar downstairs, with 23-degree dead-rise and a sharp entry point – and a party upstairs, with a moulded liner and more seats than your Land Cruiser, but 10 times more comfortable”, he responded.

“There’s another thing,” Alan added. “It’s fitted with the new all-alloy Volvo 240HP V6 petrol engine and Duoprops. I want you to compare it to an outboard”. It seemed this fishing trip was turning into a Top Gear episode. The Captain’s crew needed expert assistance, so we called our go-to guy, Andrew Westlake. He owns an outboard-powered Whittley Sea Legend 24, so was the perfect man to make a comparison.

We descended on the NSW coastal town of Moruya – Alan in his Whittley-stickered Land Cruiser and The Captain’s crew in a well-worn Land Rover. Andrew arrived first. He’d flown in from Melbourne to Canberra on the most cost-efficient flight he could find, then got the most cost-efficient hire car he could wrangle. Such is Andrew’s nature – words, time and money are never wasted in Westlake’s world.

The Sea Legend range of Whittley boats have been in production since 2005. They come in 22, 24, 26 and 28ft configurations. The SL is their fishing model – and best on-water performer. They come in outboard and inboard configurations, but Alan believes the inboard brings out the best characteristics of the deep-vee hull. Only problem, as Alan knows, is that most trailerboat fishos object to a whopping donk sitting right where they should be – aft and central – which we know is the most stable position on the boat when fishing at anchor, or travelling. The other perception of inboards is that the leg dangles low in the water and cannot be trimmed up in shallow water.

We defer to Andrew: “When I first got in the 22, I went looking for the engine box and it wasn’t there – there’s just a small section inside the back of the boat that follows the contour of the bait board. I was really surprised. When I looked over the transom to where an outboard normally sits, there was no major obstruction, so you’d be confident to steer the fish around the back of the boat. I was also interested in how far the leg hung down, but could see we’d have no trouble nosing up on the beach”. In fact, the skeg can be trimmed up level to the keel line. It was a nice early tick for the stern-drive configuration on the SL22.

We woke early and launched into the foggy Moruya River alongside the Princes Highway. Andrew slinked into the stylish cabin and tapped on the flush-mounted 10-inch Garmin 7410XSV. It’s a neat system tied to the engine diagnostics, as well as being a GPS and sounder with dual CHIRP sonar plus DownVü and SideVü scanning sonar.

Our test pilot was ready. He lowered his glasses, dropped the hammer and was slammed back into the moulded seat. Andrew’s first impressions were enthusiastic. “It’s incredibly responsive to the throttle. It jumps up on the plane quickly and you can settle the boat – it runs really flat. When you drive the boat you can definitely tell the weight is lower in the hull. I drove the SL the way I drive mine and it responded the same, except it felt more sure-footed, particularly in the rough water. The Duoprop is a new thing for me. You can feel the props bite hard in the water, particularly in the turns. I’m impressed”.

It was another tick for the stern-burning SL.

After racing up and down the Moruya River we headed to the shelf in 3m seas. Andrew was even more impressed as he pushed the hull from crest to crest, steering confidently through the slop with a nose-down attitude. Comfort levels for The Captain’s crew were at an all-time high, tucked up in upholstered bucket seats, sipping from a Thermos as the sea whipped up all around rather than flailing around on a rocket launcher like most trips! It’s not the roomiest deck space, but we figured the generous double berth and seating for six would be justified when it came to getting the family seal of approval.

The feeling of extra weight Andrew refers to isn’t surprising given the V6 Volvo weighs about 150kg more than a Yamaha 300HP outboard. But it’s where the weight is that’s important. The engine is mounted inside the transom and low in the hull, whereas an outboard sits higher on the boat and outside the transom. It handles differently, too. We likened it to an agile cat –nimble, squat and spritely. Fuel delivery is through high-pressure, direct injection combined with variable valve timing. The engine is all-alloy and freshwater-cooled, which the boffins at Volvo reckon delivers 15 per cent better fuel economy than the cast-iron model, better reliability and cleaner emissions. We just like the power, which we put to good use, borrowing the SL22 for a week, towing surfers and tubes, and then heading to the shelf again for some striped marlin game-fishing action. No scrabble boards or floppy bream rods were packed on this trip.

We left the final word to Andrew: “It’s a fun boat you can go hard-core fishing in. The family will be comfortable, the kids will be safe and it’s clearly a very capable offshore boat.”

Thoughts on the stern-drive? “I was definitely an outboard person, but these stern-drives are modern and fuel efficient, they’ve got the electronic packages and the freshwater cooling circuit. Anyone thinking about a re-power or new boat should really spend some time on the stern drives. They’ll be pretty impressed.”