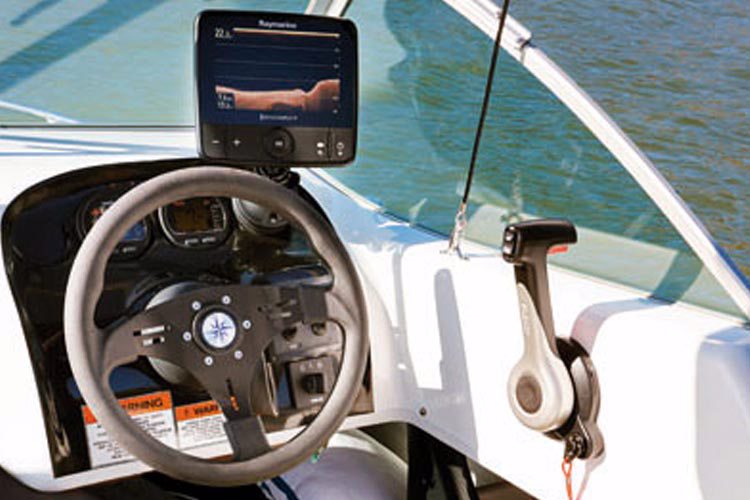 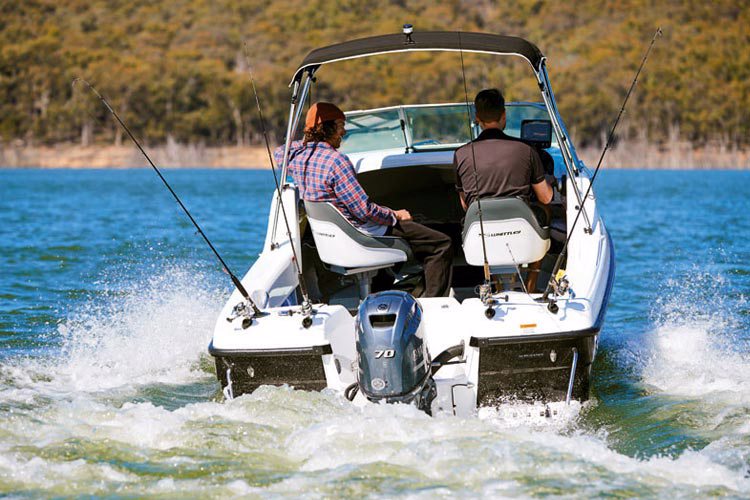 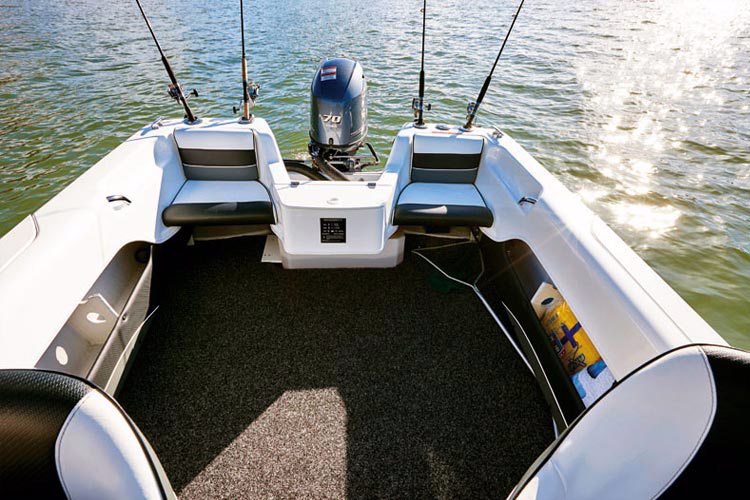 I’m often asked to recommend an ideal first boat. It’s almost impossible to answer as the ideal boat depends on so many variables, not least being the budget and intended use. I usually find I’m inclined to suggest a secondhand Quintrex as they can be affordable and reliable starts to the boating life – after the decent inspection I’d advise you give any preloved purchase.

But what of fibreglass? It’s a more difficult medium to work with than alloy and therefore more costly, but the softness and warmth along with the quieter ride make it a better introduction for many first-time owners. With that in mind, when Alan Whittley suggested the Clearwater 1650 was the perfect introduction to family boating in the comfort of ’glass, I had to find out for myself.

Wow! ‘Fun’ isn’t enough to describe the little 1650. I had the pleasure of a few hours with Whittley Clearwater’s entry model on Lake Eildon, Victoria, and fell in love. We all know someone who reckons their boat rides ‘like it’s on rails’ or that it ‘feels like a go-kart’ but I’ve not tried anything that comes close to the 1650. It darts around confidently and without fuss. In terms of fishy business, you could shove three on board at a pinch, though it’s really a two-up boat with transom corner spots the places to be.

The hull’s origins go back to the 1600, a super-popular model that evolved from the Savage Centurion, itself a hull with a strong pedigree. What’s moved the design forward is the additional length and beam as well as handy new features – some optional – like the integrated central live well and the redesigned dash that could accommodate 7in screens with ease.

Classic looks can mean difficulty maintaining a modern feel but Whittley’s use of colour in the hull and modern lines in the standard bimini lend the 1650 contemporary and stylish looks. The layout is simple with a small step down into a compact cuddy that hides enough storage for a couple of people’s gear. The helm seat is adjustable for height but tight to the dash; as long as you’re not too broad, you should find it comfortable. At the back, two dickey seats flank the central live well that doubles as the back of the engine well. It’s a simple design that I really appreciate on a boat the size of the 1650; there’s enough room for two passengers to sit comfortably but remove the seat bases and there’s a significant amount of extra space for the best fishing spots on the boat.

The fact that the Clearwater range comes from the same factory as Whittley should tell you enough about their build quality but in case you haven’t seen one in the gelcoat, they are superb. The team at the factory is still led on a day-to-day basis by Neville Whittley, who takes great pride in the team’s ability to deliver quality finishes. Standouts to me were the use of plastic as oppose to wood for the under-coaming rod racks, the new rubber flooring, and the quality of the stainless and canvas work in the bimini.

Unfortunately we don’t have full data on how the plucky little Yamaha F70 fared on the back of the 1650 as the Raymarine electronics package had not been NMEA2000 integrated with the outboard. We recorded as much as 51km/h through the GPS at around 5500rpm, and while the hull is rated to as much as 90hp, I think the 70 will be enough for most. Our engine was a touch over-propped however; it felt a little slow to build speed and didn’t rev out to the suggested 6300rpm maximum. On the flip side, it was fantastically balanced for freshwater trolling, the combination proving easy to manage down to 2-4kt.

At low speeds, such as docking or working lures around some of the notorious underwater structure at the lake, the hull’s low on-water weight, estimated at 700kg, was a noticeable benefit. The throttle needed very little input to induce changes of direction and wind posed no real problem, even when tied off to one of the many dead trees on the windward side of the shore. Underway and up on the plane, the hull was a real pocket-rocket with its small size enhancing the sense of speed. It’s nimble and forgiving, a boat that any new user will feel confident driving.

Yet another surprise in the 1650 package was its stability at rest. Small boats tend to suffer here due to light weight and the need to build deeper deadrises into the hulls to offset this lack of mass. Somehow the 1650 pulls another trick out of its sleeve by being genuinely stable at rest. It’s no 3000kg sterndrive behemoth so don’t expect to be able to throw your weight around with no concern for others but in the 5m range only RIBs and pontoon hulls have impressed me more, and they have their own compromises.

Slightly tight confines at the helm aside, the 1650 is an easy boat to move around. The bimini is set low – probably for aesthetics – but can be raised and the cuddy is small, only really usable for children, but this is a five-metre boat – you can’t expect to be able to swing a cat. What matters is throttle position, which is good, access to storage, which is great, and handy spots for keys, cell phones and drinks all of which are well thought-out in the 1650.

Another hallmark of Whittley-built boats is the high level of standard inclusions. The two-tone paint is standard, as are the bimini, bow rails and marlin boards, all of which are typically costly options on other boats. And, although not seen on our test boat, they now come with rubber floor matting which is glued down and features smart-looking logos and even a measure for checking your catch.

Two options I would consider, especially for the fishing-focused, are the plumbed live well, as seen in the test boat, and the Viper bait station I spied at the factory. It’s a work of art, both robust and well laid-out, and fits the look of the boat well. The factory supplies a Mackay trailer with every 1650 and they don’t skimp on it. All feature a spare wheel, decent tie-downs front and rear, and are set up by the factory for a perfect fit. The only gripe we had was that the draw bar on our test boat’s trailer was much too short – I’m told this has been remedied.

The Whittley Clearwater 1650 price starts from $XX,XXX ex-factory with the reliable Yamaha F70 outboard motor and Raymarine DragonFly7, plus rego and safety gear. This makes the Whittley Clearwater 1650 a real bargain – especially with its standard inclusions. Even if you add some options, it will take some effort to break $XX,XXX, which remains a sharp price. When you think about the weekly cost, based on leveraging your house, it’s nothing – hardly a couple of slabs of beer, for which you get a new and fully warranted BMT to get the kids or your mates out on the water.

The Whittley Clearwater 1650 is a great prospect for the new-to-boating for its ease of use, the young family for its adaptability and those looking to spend quiet days on the water, simply. Its affordable, comes ready to go with almost everything I would have in a boat and with a five year hull warranty, the most important part of boating peace of mind.